Yesterday I was looking at Psynonix’s Twitter, and I noticed that they had recently posted a tweet that said they were hiring. 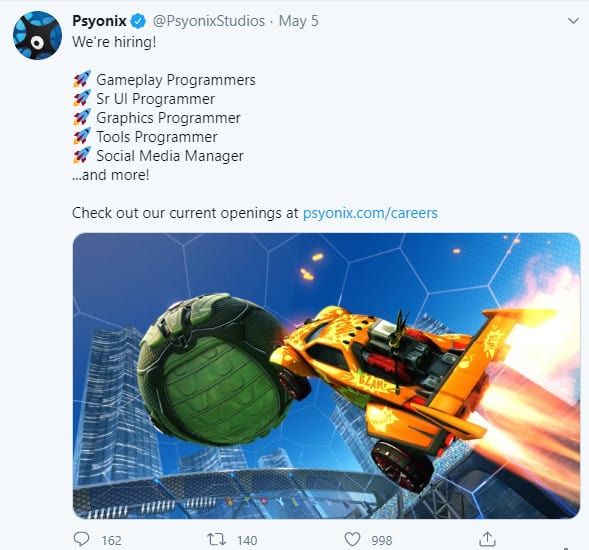 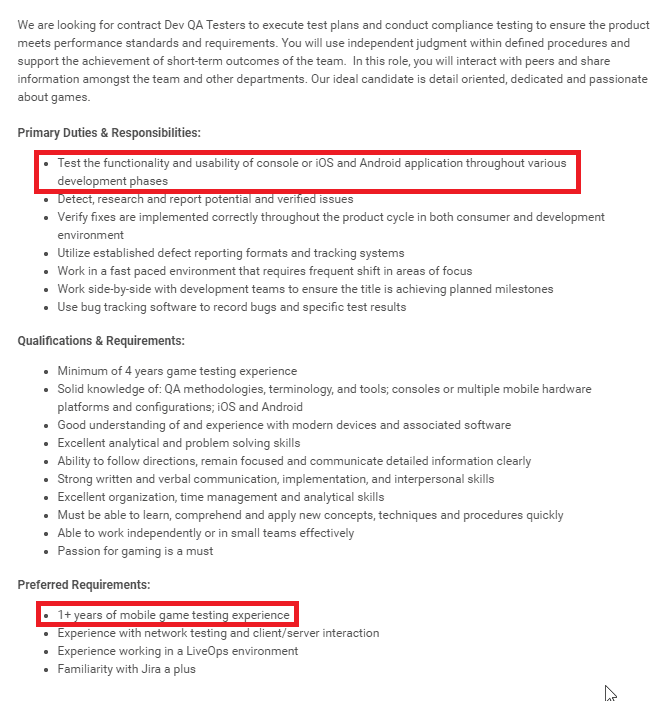 Since Psyonix was recently acquired by Epic games, which has successfully created a mobile version of their hit game Fortnite it doesn’t seem too far fetched that they want to do the same for Rocket League.

There are already several mobile Rocket League clones on the Google Play Store (some of which are hilariously bad) that have gotten quite a lot of downloads and attention. It seems like the demand is definitely there.

I also think Rocket League would work relatively well on mobile. After all, the core gameplay is quite simple; you drive a car around and try to hit the ball into the goal. Of course, pulling off flip resets, ceilings shots and rebounds will be tricky on a mobile phone and I highly doubt that if the mobile version does get released that those players will be playing with the same players that play on PC or consoles.

I have reached out to Psyonix to ask if they’re working on a mobile version of Rocket League, I will update this post if I hear back from them.

Let me know what you guys think, do you think Rocket League is coming to mobile devices, and if so, do you think this is a good development? I’d love to hear from you.