I remember when I first started playing RuneScape as a little kid, cooking meat of defeated creatures on the fires you lit yourself. I mainly did this to get myself the food I needed to level up my melee stats. However, the game has come a long way since then and there are many ways to level up your cooking. If you want to get the best cooking XP rates you want to minimize the amount of time you spend walking from the place you cook to the bank. Wondering what the best places to cook are in OSRS? Wonder no more. The places in this list will give you maximum efficiency. 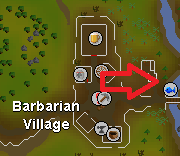 Requirements: level 15 cooking to cook trout, ideally level 25 so you can cook both trout and salmon.
Good location to cook for: Free to Play players with limited GP.

If you’ve ever walked past Barbarian Village you’ll probably have noticed that there are a lot of people training fishing there. The good thing is that most people don’t bother to bank the fish they catch and instead drop them. You can pick up the fish they drop and cook them on the eternally lit campfire nearby. The nice thing about this is that you do not have to provide your own fish because others will drop it for you. The fishing spot is very close to the campfire so there’s not much walking involved. It’s easy to find a world where people are training fishing is this location and dropping them, but if you’re having trouble just use the most populated worlds. 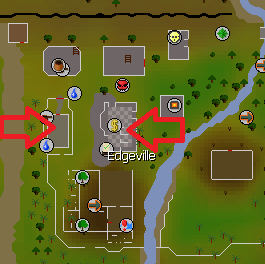 Requirements: Whatever the required level is for the fish you want to cook. Most likely you’ll cook salmon and trout so 25+ cooking should be fine.
Good for: Free to play if you’ve banked fish from fishing at Barbarian Village.

The Edgeville bank is quite close to a cooking range. Take a look at the screenshot above and you’ll see that there’s not a huge distance between the bank and the range. It’s quite a good cooking spot for Free-to-play especially if you’ve just fished in Barbarian Village and banked your trout and salmon instead of dropping it.

Keep in mind though that there is a door in the building that contains the range. This door occasionally closes automatically which can be slightly annoying. 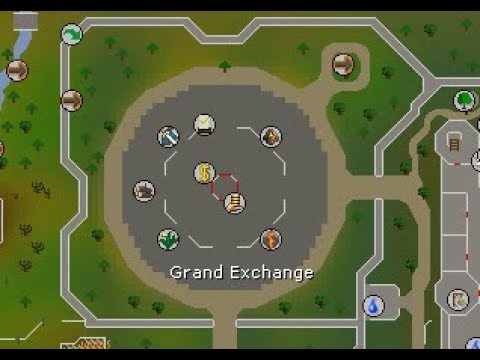 Requirements: none.
Good for: People who don’t want to go out of their way to cook.

It’s not the most efficient place to cook, but the XP rates aren’t bad. The fires are usually quite close to the bank which means there’s not much walking involved. 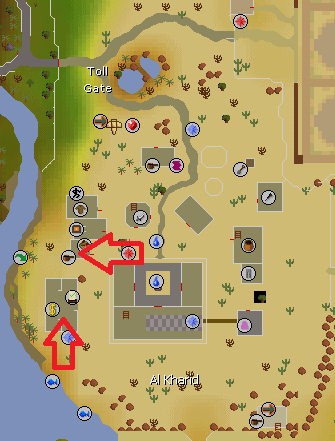 The range in Al Kharid is the closest to a bank in all of Free-to-play RuneScape. This makes it the best place to train F2P cooking. The distance is very short and there are no obstacles (like doors) blocking your way. This means that you can simply click the building on your minimap while you’re standing in the bank, cook your food and click back to the bank.

Definitely the place to be if you’re free-to-play and want to get quick cooking levels. 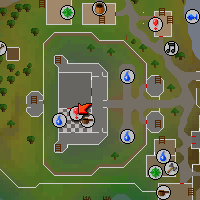 The Cook-0-Matic 100 is the range in Lumbridge Castle that can be used once you’ve completed the Cook’s Assistant quest. It’s different from other ranges in the game because it decreases the likelihood that you will burn food. This makes a good option if you want to train cooking with expensive food that you can’t afford to burn.

The Cook’s Assistant Quest is very easy to complete at any level so that shouldn’t really prevent anyone from accessing it. 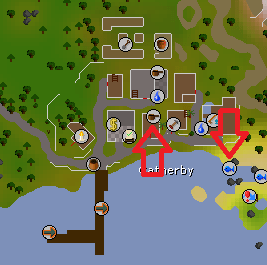 Requirements: Membership so you can access Catherby. Cooking level to cook up to Swordfish recommended.
Good for: People who want to train cooking without using their own food.

This is a very cost-efficient way of training your cooking in OSRS. It might not give you the highest XP rates, but if you’re in need of money and cooking XP it’s a decent option. 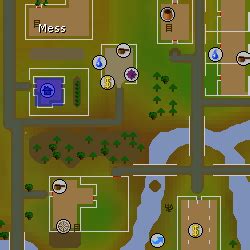 The Hosidium House Oven decreases the chance of burning your food by 5%. This makes it an especially good place to cook for for Ironman accounts because they can’t buy fish from the Grand Exchange. They have to catch all their own fish so burning less of it is very nice for them. Regular accounts who want to burn less food also benefit from it.

It’s also not far from a bank which makes it a very good place to level up your cooking. 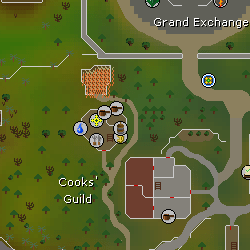 Requirements: 32 cooking & Chef’s hat to enter, 99 cooking or Varrock Hard Diaries completed to use the bank.
Good for: People who want a peaceful place to cook close to a bank.
The requirements for getting in the cooks’ guild are low, but accessing the bank is much harder. The Varrock Hard Diaries have pretty high stat requirements. Alternatively, you can get 99 cooking to use the bank. If you’re crazy enough to go for post level 99 XP in free to play I believe this is the best place to go for 200 million XP since it’s the closest f2p location to a bank. 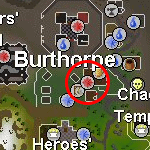 Requirements: Membership, besides that none.
Good for: Everyone.

The Rogues’ Den was the best place to cook in RuneScape for a long time until the Myths’ Guild came out. The bank is right next to a fire which means you do not have to walk at all. In addition, there are no requirements to access the rogues’ den besides membership which makes it very accessible.

To get to the Rogues’ Den easily simply get a games necklace and teleport to burthorpe. From there you walk a little south east and go down the ladder. 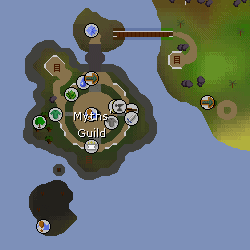 This is the best place to cook in all of OSRS. However, it’s not easy to access. Dragon Slayer II is no joke. The start requirements are high and the Grandmaster quest itself is very long. The benefit the Myths’ Guild provides over the Rogues’ Den is that there’s a range right next to the bank whereas the Rogues’ Den has a fire. Ranges decrease the chance of burning food compared to cooking on a fire.